Are you a Man 40 yrs and above? Do not miss the Vital Information, it goes off in 2 days! CLICH HERE to READ.

Kaduna State Governor, Nasir El-Rufai’s son, Ahmad, has bagged a degree from a university in the United Kingdom. 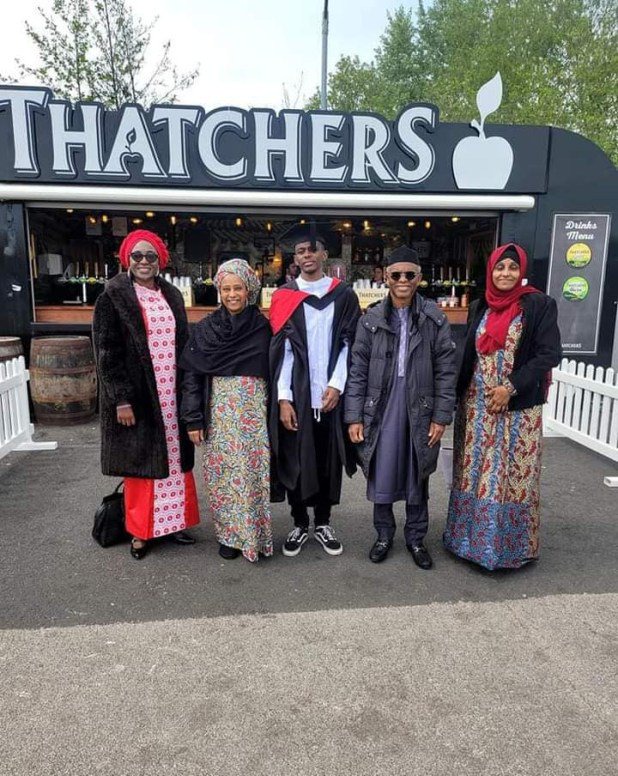 In other news, the terrorists that attacked the Abuja-Kaduna bound train have released a picture of the newly born girl of one of the kidnapped passengers.

It can be recalled that on Monday, March 28, the terrorists set explosives on the train track and attacked the passengers, killing a medical doctor and abducted 63 passengers including an eight months pregnant woman.

The terrorists believed to be Ansaru, a faction that separated from Boko Haram, reportedly released a photo of the newly born baby girl delivered by the abducted passenger on Wednesday night, April 27.

YOU SHOULD NOT MISS THESE FROM OLAMORE.COM

According to unconfirmed reports, the terrorists brought in doctors to attend to the pregnant woman to ensure she delivered the baby safely.

WATCH VIDEO TO EARN MORE THAN $50 PER DAY